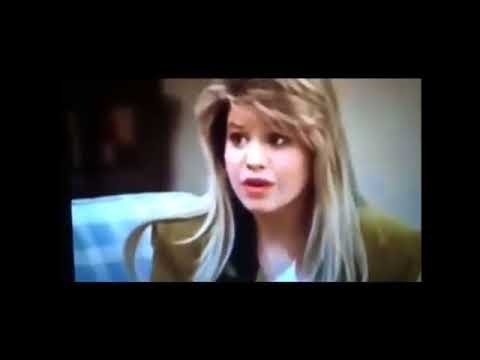 But they were not really very nice people [TIRES SCREECHING] [MUSIC PLAYING] The Wormwoods were so wrapped up in their own silly lives that they barely noticed they had a daughter– had to take care of herself [MUSIC PLAYING] As time went by– morning– Matilda's older brother, Michael, went to school Go on Get out of here

A book? What do you want a book for? To read To read? Why would you want to read when you've got the television set sitting right in front of you? There's nothing you get from a book that you can't get from a television faster Get out of the way [BURPS] HARRY WORMWOOD (VOICEOVER): She saw that whatever she needed in this world she'd have to get herself Hey, hey, how are my best girl friends? Hey, Mrs

George This is Cady Hello, sweetheart Hi Welcome to our home

[MUSIC PLAYING] Ow Just want you to know, if you need anything, don't be shy, OK? There are no rules in this house I'm not like a regular mom I'm a cool mom, right, Regina? Please stop talking OK

I'm going to make you girls a hump day treat I don't like how you're treating the children [SIGHS] Look, Kitty I'm not going to let our kids go down the wrong path But if you have a better idea, I'm all ears

OK Maybe you could be a little less strict and a little more loving OK, Kitty Enough with the sarcasm [MUSIC PLAYING] [CRICKETS CHIRPING] Oh, no, honey

Yup, he thought he could sneak out So what now Ho Chi Minh? Well, I'll tell you one thing Play time is over Your friends are no longer allowed in the house Wait, what? To No, no

This is for his own good Look, in order for Eric to be a happy, well-adjusted adult, he has to be miserable now That's just good parenting If I was to be Mr Nice Guy now, do you know what would happen to Eric in a few years? Do you? [MUSIC PLAYING] Oh, Eric

We're winning The fact that Eric was desperate enough to climb out his window shows that everything is working [MUSIC PLAYING] Did you hear that? I don't hear anything That's right, nothing That's the sound of discipline

No, that's the sound of jail This house used to be fun until you made it miserable Well, I'm sorry, Kitty But I think it's working Oh, you do? Yes, I do

Oh, you do I just said I did Red Oh, hells bells! Here goes My science grade was an F

And Kimmie changed it to an A I'm just guessing she doesn't have the authority to do this I'm sorry But with work and all my other classes, I didn't have time to study for my science test Then you should have come to me and told me what was going on

DJ, we had an understanding You wanted to be a responsible adult And this is the least responsible thing you could have done I just wanted to prove that I could earn my own money Well, that's all out the window now, because you don't have to quit your job

And no hanging out at the mall until you pull up that grade OK I guess I'll go back to being a kid again Deej, there's nothing wrong with being a kid You should enjoy it

You've got the rest of your life to be an adult [MUSIC PLAYING] Well, I guess if being an adult means wearing a red mop on my head, I can handle being a kid a little longer [CHUCKLING] In case I forgot to mention it, you're pretty great kid Thanks, dad [MUSIC PLAYING] Now remember when I spent the night at Jeanette's house a couple of weeks ago? Yes, I do

OK, well, um, I didn't really spend the night at Jeanette's I spent it at Tommy Watkin's You what? Why didn't Mr and Mrs Watkins call us and tell us about it? They were on vacation

They were? You– you spent the night at Tommy Watkin's house and his parents were– were not there? Yeah But we didn't do anything Mom, are you angry? Oh, no, I'm not angry I'm mad Denise, I want to talk to you

I was kidding! I was kidding I spent the night at Jeanette's You could call her mom and ask her It was a joke I think that what we have to understand is that, um, we– we– we're going to get angry

But what we're hoping for is– is that you all would still come to us if you have any problems, as opposed to going to other people We love you And I don't think that anybody can care for you with the love that we have No one cares more than your mother and me, OK? OK Well, I am certainly glad we had this little talk Yeah

I kinda need to talk to him Do you know if he's home? [MUSIC PLAYING] So is he home? It was a fair game, November 17th Yeah, that was great one Um, but is Chris home? I don't know Is today a school day? Oh, watch

Watch this move [INAUDIBLE] takes the kick off He sheds 1, 2, 3 defenders And he breaks into the open field, running a 95-yard touchdown HENRY: [INAUDIBLE],, I've got every girl in the bleeding staff looking for you

All right Where is it? Why haven't they found it? Veruca, sweetheart, I'm not a magician! Give me time I want it now! What's the matter with those twats down there? For five days now, the entire flipping factory has been on the job Make them work nights! Come along! Come along, you girls! Put a jerk in it or you'll be out on your ears, every one of you! You promised I'd have it the very first day! You're going to be very unpopular around here, Henry, if you don't deliver soon Well, it breaks my heart, Henrietta

I hate to see her unhappy I won't talk to you ever again! You're a rotten, mean father! You never give me anything I want! And I won't go to school till I have it! Veruca, sweetheart, angel CATE: Hi, honey Hey, guys Um, mom, can I ask you a question? Sure

You trust me, right? Why? Well, don't just jump to something being wrong I just want to know if you trust me Yes, I trust you Why? OK, hear me out I want to throw a completely safe, alcohol-free after-prom party

Bridget In a hotel It would end at dawn What? So that kids could drive home in daylight after eating breakfast, the most important meal of the day No

Mom, come on! I'm responsible Don't you have confidence that you raised me right? No Don't you think this is one of those opportunities for me to prove what a responsible person I've become? No Bringing the car home with a full tank of gas, or not letting the house burn down when you make a grilled cheese sandwich, those are opportunities Well, can't we just discuss this a little bit more? No! There is absolutely no way you are throwing or attending an after-prom party at a hotel

Ugh, my life is so unfair My life is so unfair! Can you believe her? Don't you think you were a little hard on her, Cate? No I think I was just hard enough That's what they need to save them from themselves JIM: I don't think she needs all that much saving

I mean, she's a really good girl Yes, she is She's also a teenage girl And I was one And I know what they're capable of