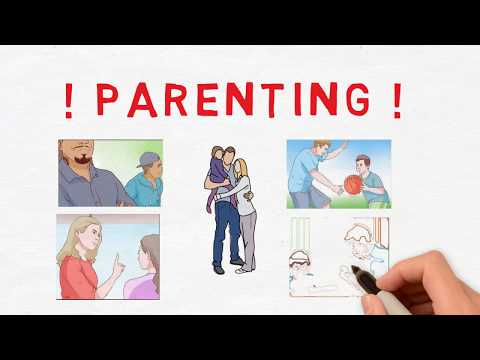 Middle childhood children aged between 6 to 12 years old Universally, this is the period of time when children start formal schooling

They are able to refine and master skills which they developed in previous developmental stages, and continue to expand their physical and cognitive abilities They also learn to become responsible and independent This is when parenting comes into place, which is crucial in shaping children’s characters and behaviours Researches have suggested links between parenting styles and the effects they have on children, which can be carry over into adult behaviour It is highly possible that parents use one or more parenting styles at different times

Parenting styles are divided into four categories according to parent’s responsiveness and demands The authoritarian parents often offers children lots of boundaries and discipline There is a lack of warmth and nurturance, and limited freedom given to their children Children who grow up under this parenting style can be quite obedient, but they also lack social skills and self-worth this is because authoritarian parents are demanding and doesn’t offer much degree of freedom to the children to make their own decisions In fact, this parenting style is quite common in HK as the traditional Chinese value of filial piety forms the basis of Chinese family structure

It emphasis on the strict principle of hierarchy, obligation and obedience Chinese parents perceive parental control and dominance as acceptable and an indication of warmth and nurturance This lead to the raised of common social norms such as “Tiger moms” and “helicopter parents These parents often don’t take their children’s temperaments into account and are often harsh to their children with high demand Children might fear their parents as they can face punishment if they disobey Hence, this parenting style can create a disconnect between parents and children

In contrast, permissive parents are responsive and affectionate to their children, but they lack control and demand in which they don’t set boundary to their children Permissive parents don’t always teach their children the impact of their behaviour, instead the parents might give in to them Children can feel loved but lack of self-discipline under this parenting style as children are often unclear about the consequences of their behaviour They are also rather out of control and lack focus to perform well in school Uninvolved parents combine the lack of warmth with limited structure and demand from the previous parenting styles

Uninvolved parents are often either physically or mentally unavailable to respond children’s needs Children grow up under this parenting style are insecure and socially withdrawn They have a higher chance of skipping school and getting into troubles as they lack guidance and supervision from parents Although there is not perfect parenting style, researches have suggested that the authoritative parenting style is the best in terms of children’s outcome and development Authoritative parents are supportive and loving, they are an active participant in children’s life

The use of inductive discipline by authoritative parents, is a strategy in which parents explain to the children the rights and wrongs in their behaviour Children grow under this parenting style are independent, responsible, self-confident and better perform in school Besides upholding the authoritative parenting style, parents have to be aware of the developmental stages of their children, especially those with developmental delays Parents should not expect a 6 years old to perform a 10 years old task In Hong Kong, there are organizations such as The Department of Health which provides assessment service at different regions to children with developmental problems and support activities for parents

The Department also offers the “Positive Parenting Program” which provide parenting education and support In fact, there are no perfect parents, each and every child is born with rich individual temperaments Parents can only know what is best for their children through active interaction Positive parenting is indeed the key to develop a strong, stable and loving relationship between parents and the children