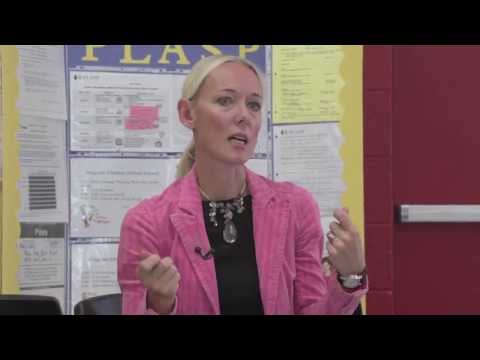 It's interesting when you look at and study personality differences and then you actually look at parenting Two totally different topics But how they intersect is actually very fascinating So there's 16 different personality types Of these, eight are much more laid back, much more relaxed don't really care so much about the timing The other eight are much more punctual, they love structure, they love routine So what's interesting is you take those personalities differences and you now kind of put it into parenting system, and a lot of times you'll actually find a big clash Because the one parent is like "don't worry about it, relax, who cares if they go to bed half an hour later?" And the other parent is like "come on we've got to get with the program" "We're running late" And so these two differences really tend to clash One of the things that I try to get parents to do how do you actually get on the same page? How do you get on the same page, where one parent is doing it this way and another parent is actually doing it this way Because if kids sense these two different systems, they go right in between it Kids are brilliant and intuitive at actually picking out these differences, and it's kind of like divide and conquer It's really, really important that parents actually have a united front that parents not in front of the children but between moms and dads To really focus on "how are we going to parent? Where are actually going to be on the same page?" And realizing the strengths of both of these different styles It's really good to have structure, I'm a big advocate for structure and routine I think kids really need it I think it's very, very good in terms of their own emotional well-being It creates a sense of stability, a sense of calmness

But I also think it's important to have that flexibility as well And so if you can try to find the positive of both sides, and you actually try to merge them together then you can actually get parents working on the same page, and that's actually when that's very powerful