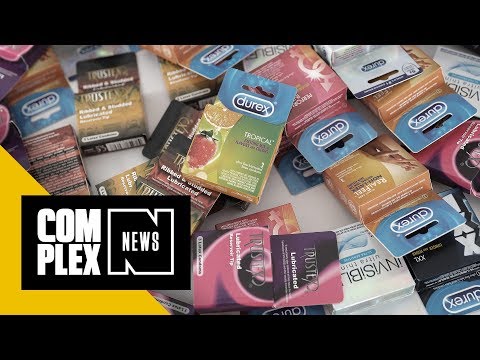 Hey guys for Complex News, I'm Natasha Martinez It's hard for parents these days to know what their kids are up to, especially when it comes to internet challenges they see online

In San Antonio, Texas there's a class that attempts to teach parents about dangerous viral trends that some of their kids may be doing behind closed doors One of the challenges that parents were taught about in the class was the Snorting Condom Challenge Like many of these challenges, this one is not new but it's been making a comeback recently It involves inhaling a condom through your nose and pulling it through your throat, then uploading your efforts online for likes, views, and subscribers According to Newsweek, the San Antonio class teaches parents about the condom challenge as well as other dangerous online challenges, like the Tide Pod challenge

The class also covers standard drug and alcohol prevention curriculums There are all kinds of drugs and kids are clever, so it's just really what are our kids doing? So, that's what we try to share As graphic as it is, we have to show parents because teens are going online looking for challenges and recreating them Yahoo News reports that snorting condoms cause serious nasal-related health problems, such as allergic reactions And of course, if the object blocks the air passage, you risk choking and potentially dying

People have also started switching up The Condom Challege by dropping water filled condoms on their friends' heads The spin off is likely inspired by the #IceBucketChallenge except for the fact that there is no raising awareness for anything meaningful besides just having a laugh That's your news for now, for more on this and the rest of today's stories subscribe to Complex on YouTube For Complex News I'm Natasha Martinez