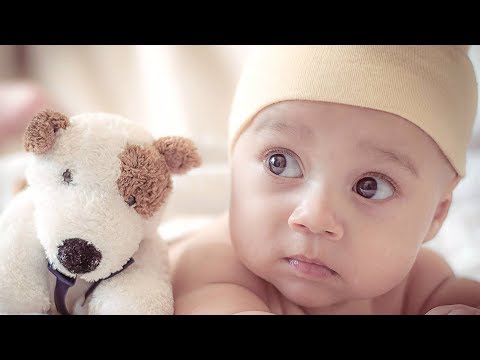 If you've got kids, you've probably gotten unsolicited advice from your non-parent friends and family While it can feel like a personal attack on you, your child, and your parenting skills

deep breaths, moms and dads…this is the stuff you're always gonna hear! "You should be more strict" Non-parents tend to think you can prevent all bad kid behavior just by being more strict Mom and family psychologist, Kathryn Smerling, says, "I remember when I was raising my son, my non-parent friends always seemed to want me to be stricterThey felt as if my parenting style was overly indulgent" It's a tough job, but no one else can do it better than you "You should feed them differently" People who don't have kids often don't grasp the severity of children's food allergies Cara Maksimow, mom, clinical therapist and author of Lose That Mommy Guilt, says, "People with no children and even those with children [who have no] allergies, will often say that we should desensitize [allergic kids]

or other comments on what the kids should and should not eat" Often times, parents have to pick their battles, when getting kids to eat at all Clinical psychologist, Anna Prudovski, says, "Most parents make their parenting choices based on their beliefs, their family situation, and their kids' temperaments

Usually, those are thought-through decisions At other times, parents may have preferred a different strategy, but it proved too difficult to implement (which is often a case withjunk food)" "Thank you for the effort, but I'm not really into this kind of thing" "You should breastfeed" Breastfeeding is arguably one of the most personal (and controversial) decisions that moms make Jennifer Theriault, a licensed clinical social worker, says, "Almost from the beginning

friends and even strangers seemed to weigh in on whether or not I should nurse, and those who were proponents always added in their beliefs about the absolute importance of itI can remember having a very difficult time nursing both my boys and feeling so inadequate and ashamed that it was not enjoyable or easy In fact, there was nothing about it that made me feel bonded or attached during those agonizing times" So, free the nipple! And make the choice that works for you, not everyone else "You shouldn't let them cry" Just like breastfeeding, this one's a hot topic Prudovski says, "The advice, especially by those who themselves have not experienced the struggles of parenthood, triggers negative emotions in parents

" You've done your research, you're trying some self-soothing…rock on with those sweet dreams! "You're too attentive" "Helicopter parent" is a term that you've likely heard before — and yeah, there's some truth to it when it comes to parenting dynamics But it's no gift when non-parents act as though they know exactly how much attention to give to someone else's kids Smerling says, "As my son got older, I continued to get criticism that I wasoverattentive to his needsBut you know what? He grew up to be a kind, compassionate, generous, smart, amazing human being" "Don't let them get away with that" If you've ever been the parent-victim of your child's public meltdown, you know how much it helps when someone judges how you handle it

(Spoiler: it doesn't) Theriault says, "It's very easy to make judgments and have ideas about how other people should raise their childrenI think people can fall into the trap of making assumptions about why children behave the way they do without really knowing or understanding the complexities of the child or the dynamics that play out between child and parent

" "They shouldn't watch TV" It's easy for people to criticize parents for letting their kids watch too much TV Or too little! Prudovski's family doesn't have a TV, which sometimes elicits comments like "You should let them 'have a childhood'" But, Netflix or not, only you know what's best for your kids "They shouldn't have a cell phone" The age at which you give your kid a cell phone is ripe for unsolicited advice Maksimow says, "People without children will judge the age you give your kids a phone

If I chose to allow my child a cell phone before middle school, people can have very strong opinions about how that is not ok and that we should wait until they are older" However you choose to dish out that screen time, there is no "us" in "iPhone" "I don't believe in punishing" Prudovski says this is one of her favorite pieces of unsolicited advice from people who aren't parents and have never been in a position to discipline their kids

Theriault agrees, saying, "People feel entitled to all kinds of ideas that they really have no business expressing to othersMost of the time it's not worth arguing or losing relationships over" But hey, maybe now that you've seen the other side of adulting, you can offer a glimmer of understanding for those unhelpful, childless busybodies

Now a veteran mom-of-two, Maksimow jokes, "I used to think I was a great parent, until I became one" Thanks for watching! Click the List icon to subscribe to our YouTube channel Plus, check out this other cool stuff we know you'll love too!